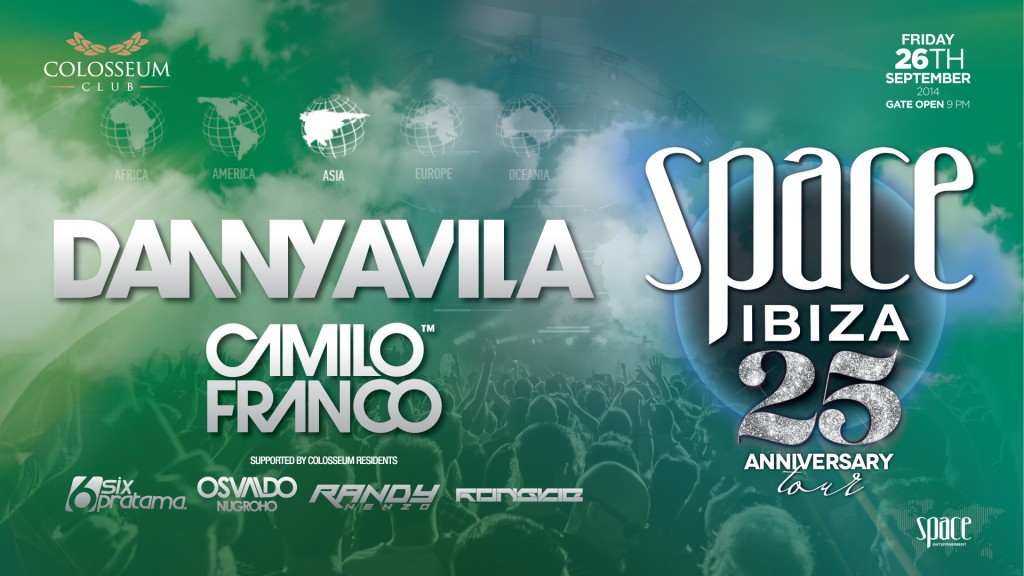 Space Entertainment will bring the very essence of Ibiza to one of the biggest countries in the world: Indonesia. From September to March, Jakarta‘s Colosseum Club will host a series of events starring the best electronic music and the unique atmosphere of Space Ibiza. The worldwide tours Ibiza Calling, Café Olé, Space Ibiza On Tour and Space Ibiza 25th Anniversary Tour will land in the

Indonesian capital to bring a taste of the Mediterranean to the wonderful Asian archipelago.

Ibiza Calling’s energetic beats and Café Olé’s sassy aesthetics will fill the rooms of the Colosseum Club two times each to offer four amazing, never seen before events in Jakarta. Besides, Space Entertainment will also organize a Space Ibiza On Tour party and another episode of a very special journey: the Space Ibiza 25th Anniversary Tour.

Jakarta’s Colosseum Club is one of the finest entertainment arenas in the world. With a top-class sound system made by Funktion One and a state-of-the-art lightning technology crafted by the best designers in the world, the Colosseum Club is the ultimate canvas for the greatest artists to perform their magic.

This site uses Akismet to reduce spam. Learn how your comment data is processed.